It’s that time of year again! Merriment and insatiable gift-opening are the sign of Wintersday in Tyria! Everyone can have fun in Lion’s Arch this season whether it’s jumping, ringing, defending or snowball-in-the-face throwing – there’s something for everyone!

And, as an added extra, you can watch a short video which shows all the festive activities you can join in with! 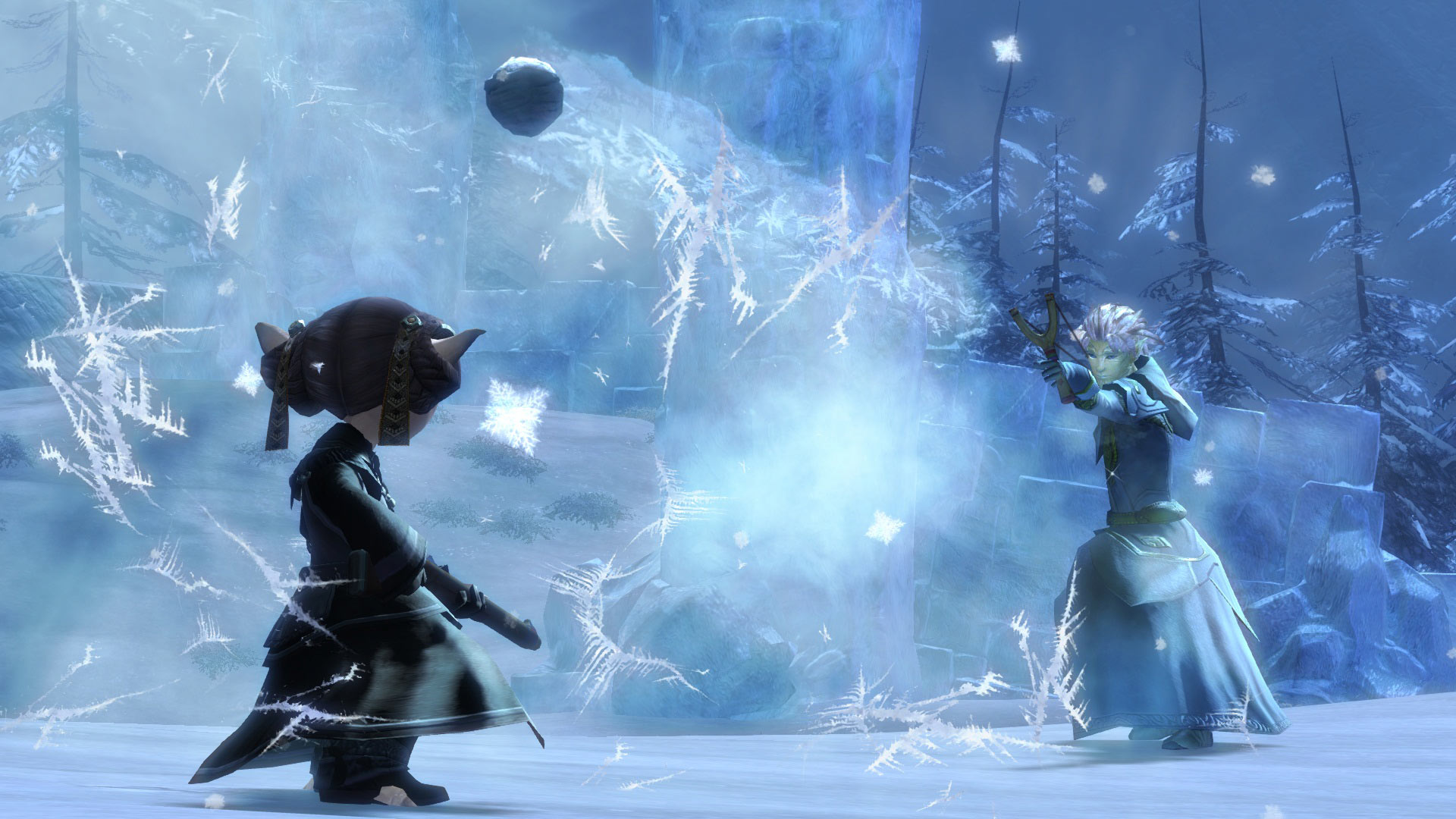 All the activities from last year make a reappearance in this year’s celebration. Shown above is Snowball Mayhem.

A new addition to the festive update this year is the destruction of the Tower of Nightmares; an evil project which Scarlet and her Nightmare Court/Krait minions had unveiled a month ago.

Brave explorers have fought through the tower and injected an antitoxin into the heart of the corruption.

Kasmeer Meade and Marjory Delaqua standing at the heart of the tower, the monstrosity still respirating barely.

You must enter Scarlet’s hidden lab and decipher the puzzle found within it. Make a mistake and her minions will rise up and fight you. Hallucinogenic fumes have been reported in the lab as well.

Standing at the entrance of the laboratory.

If you succeed with these tasks then you can deliver the crushing blow against the heart and witness its annihilation.

See you in Guild Wars 2!